The future of Dark Mode is Bright!

First off, Dark Mode is beautiful.

Nearly every app I use on a daily basis has embraced Mojave’s dark mode. Many of them already had a dark theme but Mojave’s system level adoption has just pushed it to a completely new level.

Given that most of my tools are development or writing related helps a lot as they’ve long lent towards a focused creation environment.

Of course, Mojave has allowed that next step by allowing all of the chrome (or ‘bezel’ as someone called it recently) and UI components to adopt the dark theme.

At this point… I’m sure there are people going but Mail and webpages are still bright white.

True, but there are several solutions to webpages depending on the browser you use. For me the very affordable “Dark Mode for Safari” (DMS) has fixed the bright webpage issue.

DMS works automatically and you can easily exclude any website that it doesn’t work with or for those like DaringFireball where the design already uses a darkish theme. 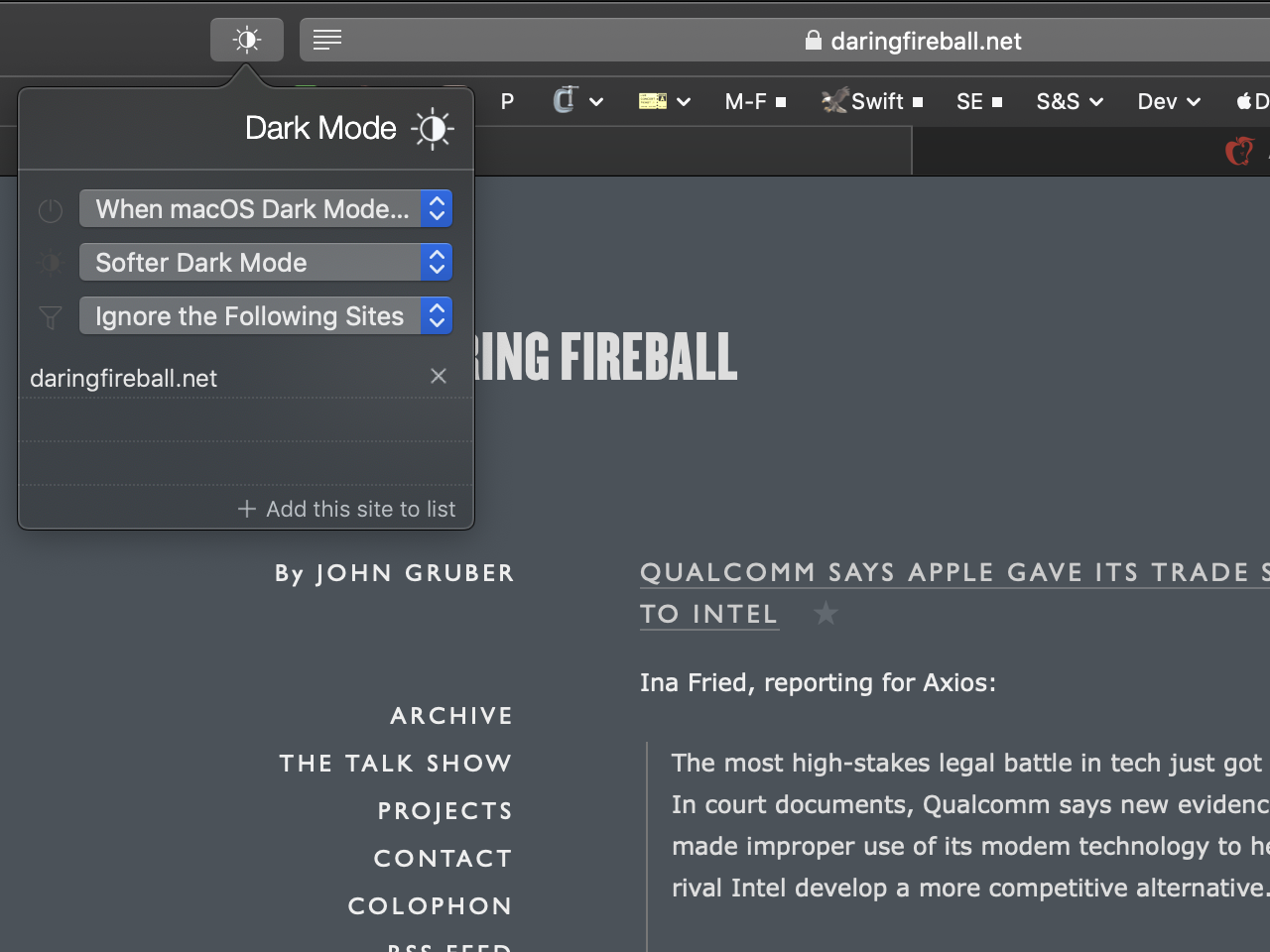 For other sites it generally creates an acceptable faux-Dark Mode… for example the glaringly white MacRumors looks very readable.

The one issue you may have a problem with is the effect it can have on imagery. Much of this comes down to the image itself, but as you can see in the GIF below things like logo’s can get a bit muddy.

Of course, there are websites that let you the user select a dark theme, like arsTechnica — and this can confuse DMS and you… When I first landed on arsTechnica after installing DMS it looked like this… 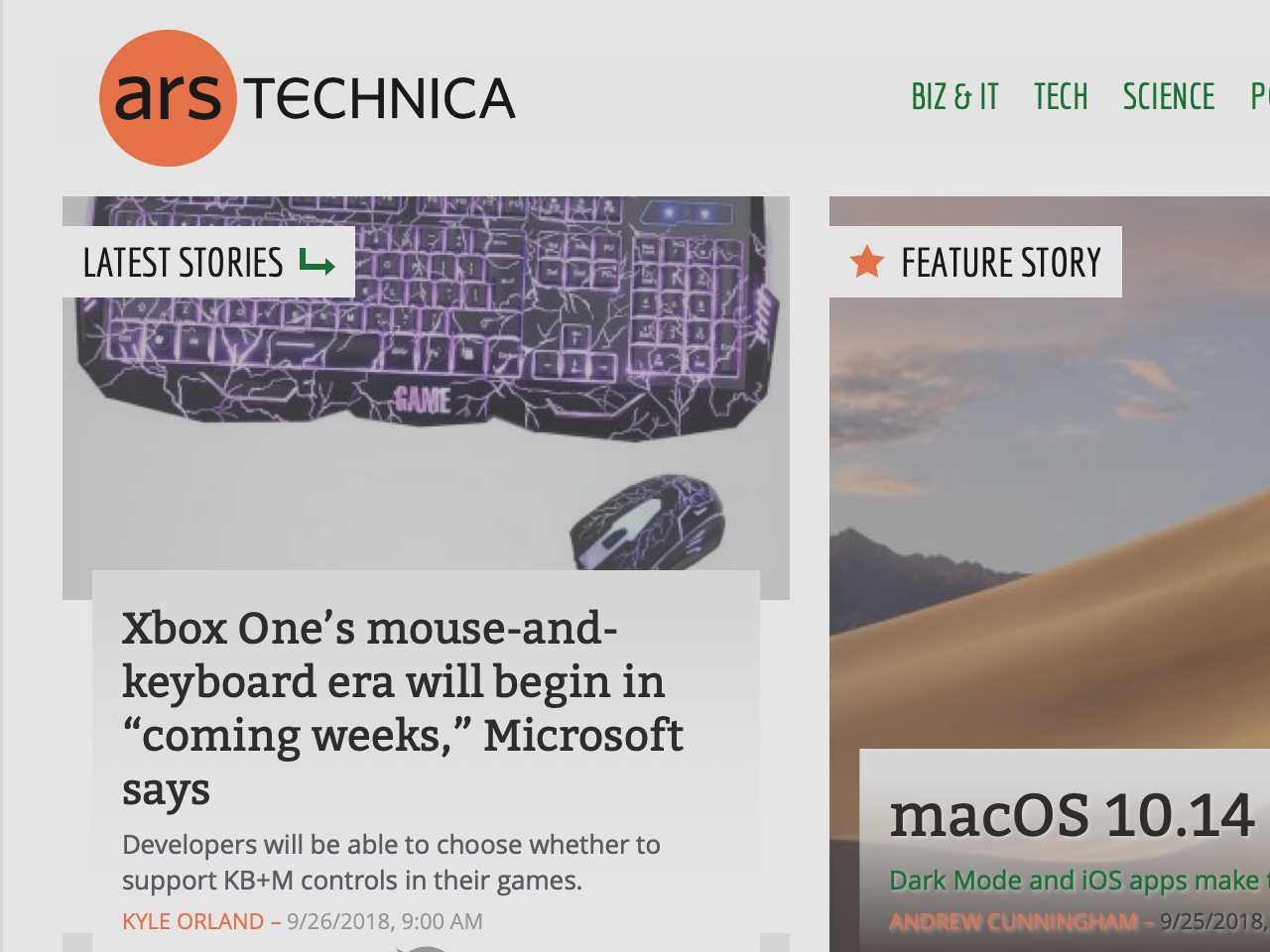 My immediate thought was that my user preference had been forgotten and then I tried to set them - but it turns out that all I really had to do was ignore the site in DMS. 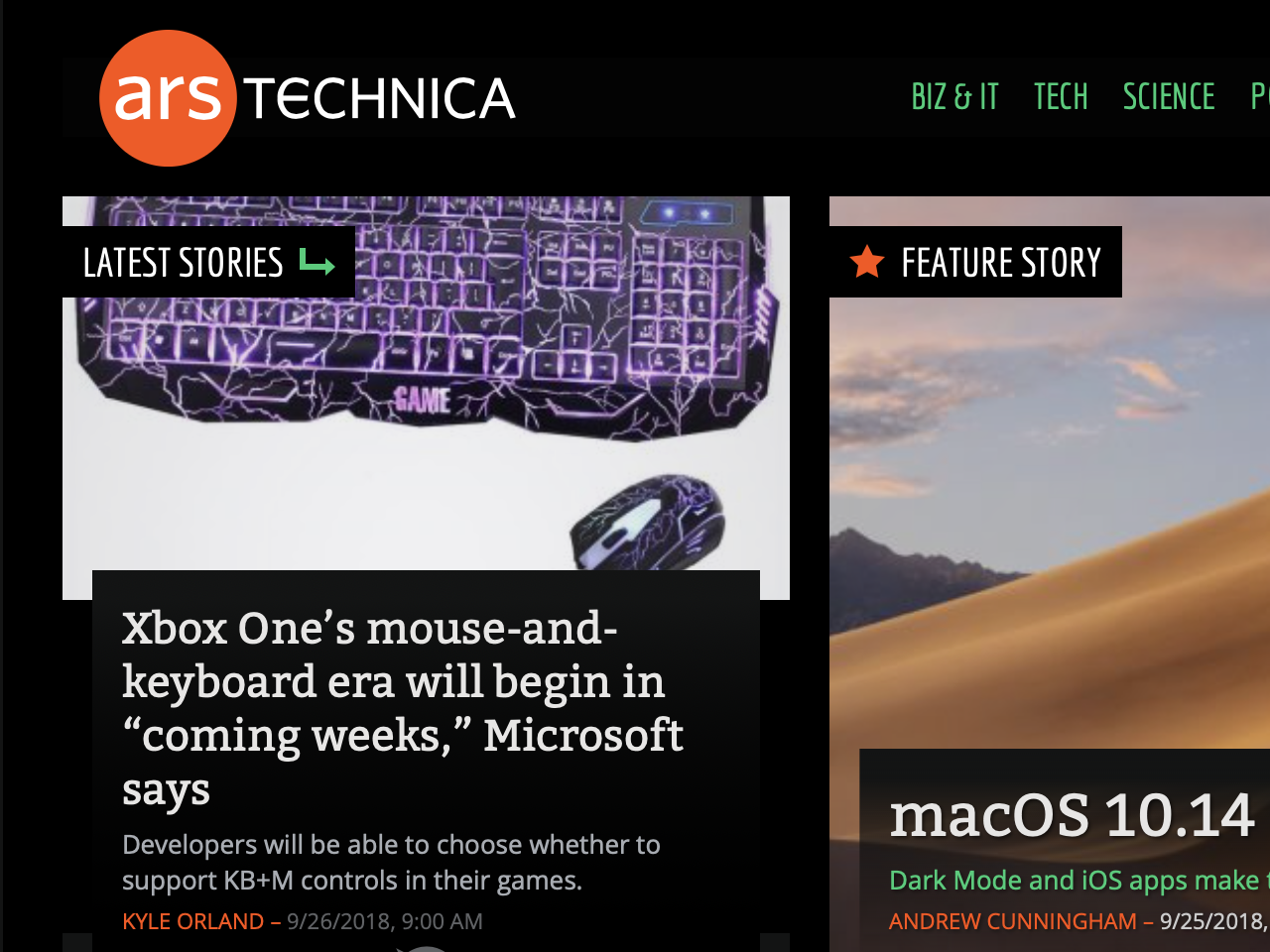 The problem is that it can’t do anything about email that wraps the content in HTML… and nearly 100% of the email we receive these days arrives as HTML which sets background colours, fonts and a range of other styles. Like this one: 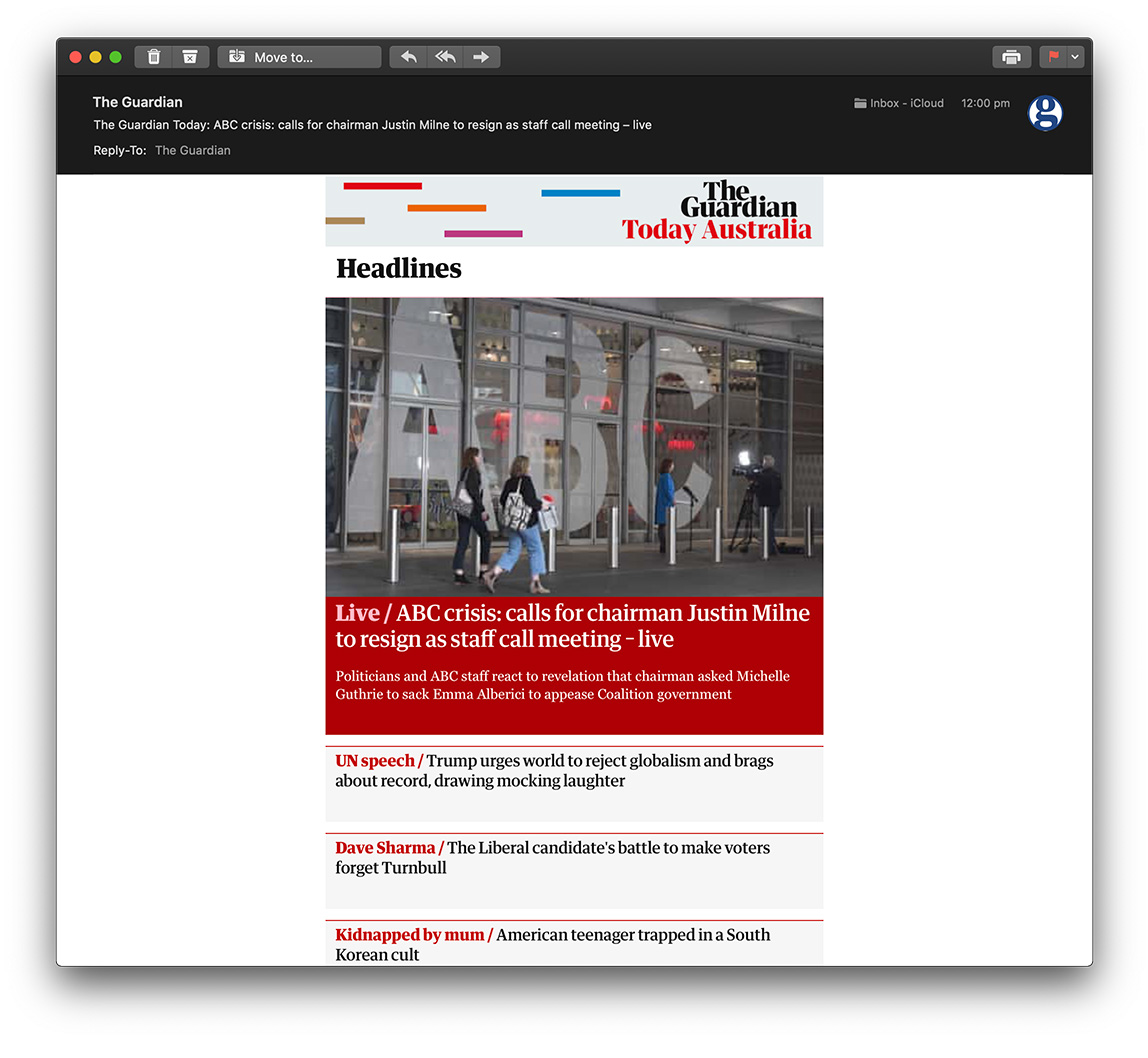 well not yet anyway…

The good news is that there is actually active work going on in W3C standards to support Dark Mode. Which makes sense when you realise that Dark Mode on macOS is not unique, Windows 10 will soon have support and Android ‘P’ supports it.

Apple did actually implement a form of Dark Mode support in WebKit but didn’t release it to the public as they wanted to work with the standards group to get the right result. (This was discovered by Guilherme Rambo back in June but quickly corrected by someone at Apple.)

Apparently the W3C discussion on GitHub and elsewhere lead to the current proposal here.

So, we can hope that once this is ratified that browsers will adopt the feature and it will follow that websites will adopt it (to varying degrees as well). Given that Mail on macOS uses the same WebKit rendering engine as Safari it’s reasonable to expect that support will appear in it too.

Then it becomes a case of creating an email template… oh right… (for those not paying attention to the Mojave development support for Stationary in Mail was removed 😞 from the very first Public Beta).

Lets hope this was a case of Apple not being able to provide the whole experience and just removing it to make life “simpler” for it’s users.

So, what about the actual emails we receive? Well… it’s already a topic of discussion in email marketing companies. Hopefully, “Dark Mode aware email” could see rapid adoption once the proposed W3C standard is ratified and supported by browsers.

Of course that’s all part of a speculative future - in the meantime I’ve relegated the glaring omissions to Dark Mode support to my iPad (mostly Slack and Mail which has actually been beneficial for my focus).

The sum of it.

The Sum Of It

A place of for me to write things others may be interested in or find useful.